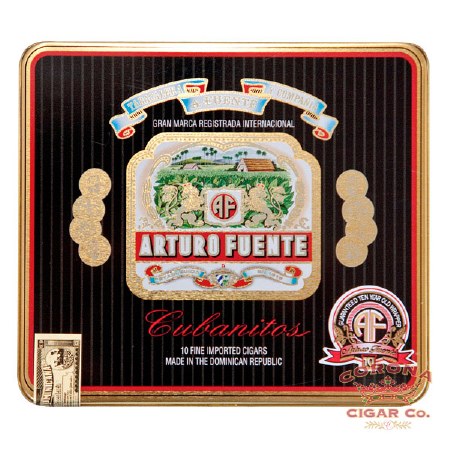 I've smoked AF Curly Head Natural non-deluxe cigars off and on for 20 years since college. They were my good go-to stick when I wanted to enjoy a quick smoke while grilling or doing busy work outside.

That said, this was my first purchase of the Deluxe Natural Curly Head, so the below review will be my general perceptions and comparisons between Deluxe and non-Deluxe.

Comparing the wrappers of the regular vs. deluxe: the Deluxe wrapper is very smooth and feels like it's a better quality than the non-deluxe. The non-Deluxe wrappers tend to have tobacco leaf veins and other lower-grade qualities to their wrapper.

Comparing the burn and draw consistency of the regular vs. deluxe: the natural deluxe burns better and draws more smoothly. The non-Deluxe burn gets affected by the wrapper issues noted above.

With both of those points above in mind, neither natural regular nor natural deluxe has a really distinctive flavor. Also, the price per box difference between the two are nearly negligible.

Overall, I was pleased with the box of AF Curly Head Natural Deluxe I bought last week. Moving forward, the Natural Deluxe will be my go-to stick when I want to enjoy a simple smoke.

This is a true simple pleasure. It is perfect for those of us who enjoy a cigar to relax. It is made from the trimmings of other cigars and it offers a simple, smooth taste. I would give it 5 stars if it burned more evenly but it is a true 4-star smoke. As a retired military man it take me back to deployments where I reallly needed to relax and enjoy a good cigar but often did not have time for a slow smoke.

3 of 4 people found this review useful:

3 star- I was a bit disappointed with the AF Curly Head after cutting it open and finding that this is not a long filler tobacco cigar, but what they call a cuban sandwich which is made up of scrap trimmings of other cigars rolled and the short and medium scraps are placed in one long filler binder. Not a bad smoke for $3.75 (I should have suspected), mild and actually burned rather well with a long ash. Not much on distinctive flavor with a very light sweet taste of the Candela wrapper, unlike the Corona Candela's which taste like smoking Bazooka Bubble Gum! I love Arturo Fuente cigars, been enjoying them for over 30+ years, but this one NOT! I need to find a good Candela cigar that is not too sweet. Don't like smoking Swisher Sweets!!! I wish Corona would describe this cigar as a "mixed-filler" or "Cuban Sandwich" filler cigar!

4 of 5 people found this review useful:

I don’t know if anyone has ever reviewed this cigar after letting it age for 2 & 1/2 years but I’ll try my best.
This is a dark, well made little cigar that I got as a gift when I started smoking cigars. Back then they were a little too much for me so I put them away in low humidity 60-65 and forgot about them until a two months ago when I brought them back up to 70 humidity and smoked two this week. The plastic wrapper was yellowish brown and even when I removed the cigar band it had brown stains. The cigar is a nice smooth smoke with lots of smoke on the draw. A healthy amount of spice, nuts, coffee on the palate, notes of almonds, cashew, with hints of cedar and even dark chocolate. They burn perfectly of course. A nice smoke for during the middle of the day.


Show me other "Arturo Fuente" products