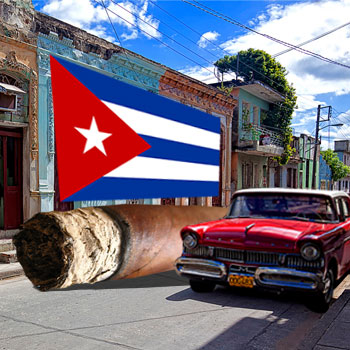 Two groups of businesses are looking forward to the day that the economic embargo with Cuba is lifted, and Cuban cigars start flowing into the United States for the first time in over 50 years. One group happens to be American cigar manufacturers. The other group are American tobacco farmers.

To be sure, since the embargo, Cuban cigars have acquired a mystique, a sort of forbidden smoke that can only be had in foreign countries or by knowing someone who smuggled a box or two into the country. With provisions that allow people to take $100 worth of Cuban cigars into the United States, more people can sample what was once forbidden during the embargo.

According to Fox News, domestic cigar manufacturers purport to be unconcerned about the competition that might be posed by the influx of Cuban cigars. Many in the industry don’t think the quality of Cuban cigars is all that good. American cigar makers can obtain a wide variety of tobacco from around the world, allowing for a variety of flavor from their product.

American tobacco farmers, on the other hand, are eager for Cuban cigars to grab more market share in the American market, according to the Associated Press. The theory is that if more Cuban cigars were to be sold in the United States, Cuban cigar makers would need more access to sources of tobacco. American tobacco farmers, whose product has been disdained in recent years thanks to the turn against cigarette smoking, will be only too happy to sell their product in Cuba.

The bottom line is, no matter what one thinks of the politics of lifting the embargo, such a move would be good for business.