During the cigar boom in the 90's it became almost comical when every other week were were being pitched some over-priced no-name cigar by some get-rich-quick cigar maker who claimed his father, grand father or second cousin's uncle was a 6th generation Cuban cigar maker. It seems that half of those brands were named "Don" something or another.

Well here's the truth...I ain't no Cuban and these cigars aren't made by somebody claiming to be Fidel Castro's personal cigar roller. But our Don Nobody cigars are hand made in the Dominican Republic using a blend of 100% imported tobacco and a Connecticut shade wrapper. The flavor is mild and creamy and the prices can't be beat. 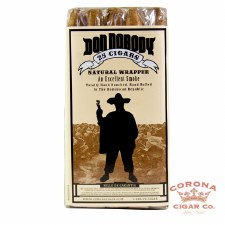 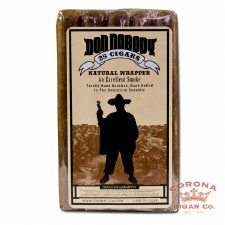