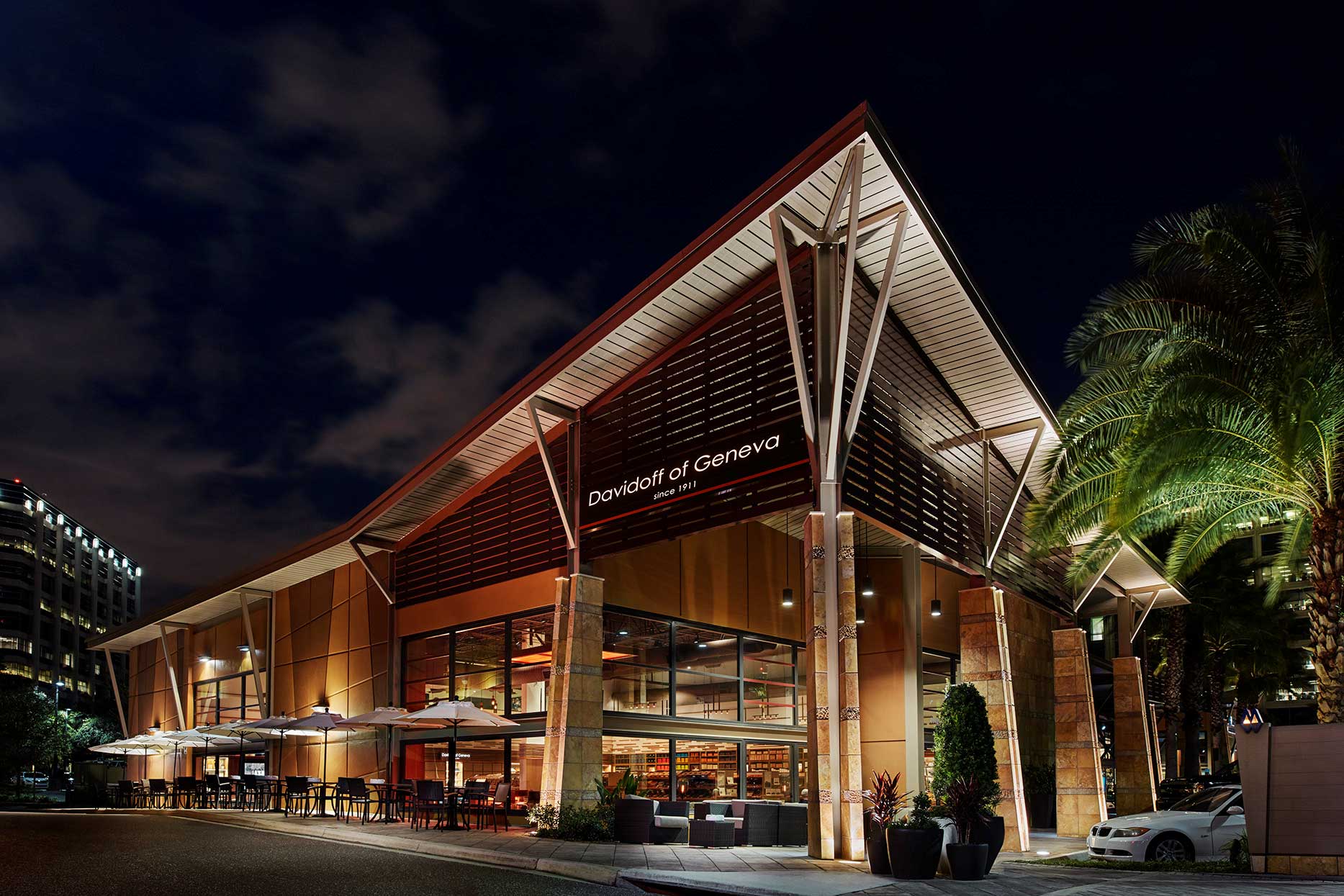 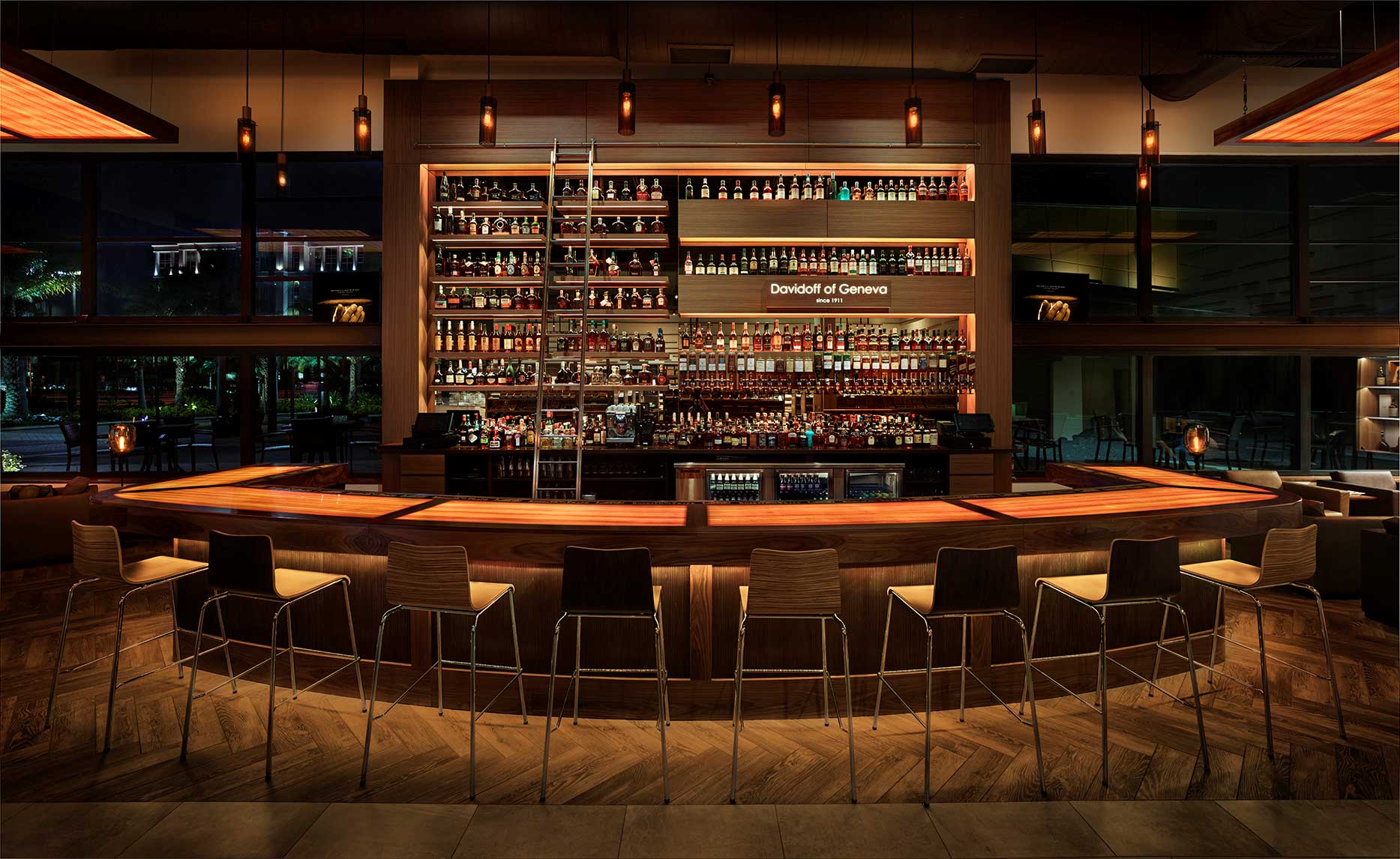 Davidoff of Geneva Announces Flagship Store in its Hometown

To create a destination in the Cigar City, the new Davidoff of Geneva since 1911 will feature a completely humidified store filled with premium cigar retail space, multiple lounges both indoor and out, private lockers, as well as an elegant full service bar serving premium alcoholic beverages.

Jim Young, president of Davidoff of Geneva North America comments “We are delighted to open a new Davidoff of Geneva since 1911 store in our home market. We are particularly excited to do this in partnership with Jeff and Tanya who have been outstanding Davidoff partners for quite some time. They know how to provide consumers with a premium retail experience, they know our entire product portfolio, and they know our company.”

“We're thrilled to expand our retail operations and to serve cigar enthusiasts in the Cigar City of Tampa. We look forward to creating the "Ultimate Cigar Experience" in a community with such a long history of cigar manufacturing and rich cigar culture,” says Jeff Borysiewicz, president of Corona Cigar Company. “It's an honor to be partnering with Davidoff of Geneva, the global leader in premium cigars and luxury cigar stores. It's exciting to be building upon the legacy that Zino Davidoff started over 100 years ago.”

Jeff Borysiewicz is the president & founder of Corona Cigar Company, an Orlando based chain of premium cigar retail stores and bars, which has grown to become one of America’s leading Brick & Mortar retailers of premium cigars. Borysiewicz has been heavily involved in Cigar Rights of America after founding the organization in 2007, and tirelessly helps the industry to fight actively every day to protect the freedom of adult cigar aficionados to enjoy cigars.

A Century of Davidoff

Henri Davidoff, who emigrated from Kiev to Switzerland at a time of political unrest, opened his first store in Geneva in 1911, laying the foundations for today’s worldwide network of 65 Davidoff Flagship Stores. Henri’s son, Zino Davidoff, learned the trade from the ground up. He resided for several years in Central and South America to deepen his knowledge. In 1930, he returned to Switzerland and thereafter successfully managed the business over four decades. Zino Davidoff transferred the family business to the Oettinger Group in 1970.

Davidoff appeals to connoisseurs all over the world who seek to embrace the art of living and pleasure. The premium brand Davidoff stands for a culture of conscious enjoyment and reflection in today’s hectic world. Davidoff learned over the years that time is the ultimate luxury. Zino’s pleasure in this was the starting point for the global brand of Davidoff, a brand that connects people all around the world. A brand that fills the unforgettable moments in life with the joy and pleasure of elegance and beauty – “Time Beautifully Filled.” In 2011, the company launched the Davidoff Art Initiative, which has quickly become an influential platform to bring international attention to art and artists in the Caribbean and in particular the Dominican Republic.

The CHF 1.23 billion Oettinger Davidoff AG with over 3,500 employees around the world, traces its roots back to 1875 and remains family owned to this day with two distinctly different businesses: one that is focused on FMCG distribution in the Swiss market and one dedicated to the core business of producing, marketing and retailing premium branded cigars, tobacco products and accessories. The premium branded cigar business include Davidoff, AVO, Camacho, Cusano, Griffin’s, Private Stock, Zino, Zino Platinum, Room 101 and Winston Churchill Cigars. The Oettinger Davidoff AG is anchored in a strong “crop-to-shop” philosophy, having pursued a vertical integration from the tobacco fields in the Dominican Republic, Honduras and Nicaragua to its worldwide network of 65 Davidoff Flagship Stores.