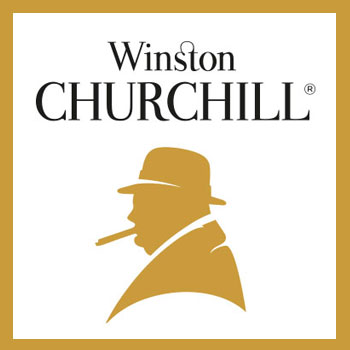 The rebranding and re-release of the new Davidoff Winston Churchill line of cigars pays homage to one of the world's most famous statesman, Winston Churchill. He will go down in history as one of the greatest political figures the world has ever known, but how did his name become so synonymous with cigars? To answer this question we visit his first trip to Cuba.

The Cuban War of Independence begins in earnest, and culminates in their final declaration as an independent nation. The as of yet, unknown, author, philosopher, politician and hero Winston Churchill landed in Havanah in the midst of their most lively, engaged and empassioned moments in history. Churchill was so inspired by the vitality of the Cubans, he spent much of his visit imbibing the culture and adopting local customs. One of the most important ritual, inseparable from Cuban culture is the smoking of cigars.

Churchill returned to England with a deep appreciation for the Cuban cigar that would last his whole life. The cigar was more than a way to relax for Churchill. In many ways, the cigar symbolized his philosophy of life. His image is synonymous with a lit cigar - images of him at the podium, on a battlefield, in the "war room".

Cigars mean independence. Perhaps the fact that Churchill picked up his first cigar in Cuba during their final war for independence had something to do with how it became a mascot for his own personal and political independence. He wouldn't even put his cigar out on his first high-altitude flight during World War II. The unpressurized cabin required the use of in-flight oxygen masks, but Churchill requested that his personal mask be modified so that he could smoke during the flight. Sure enough, his mask was fitted with a hole just right for a cigar.

When Churchill hosted King Ibn Sa'ud of Saudi Arabia, the King requested that Churchill not smoke in his presence. Churchill's reply is succinct: "My rule of life prescribed as an absolutely sacred rite smoking cigars and also the drinking of alcohol before, after and if need be during all meals and in the intervals between them."

Can the smoking of cigars be responsible for his clear, succinct and absolute independent persona? Can Churchill's almost religious devotion to cigars explain his political saavy and courage during wartime? It may seem far-fetched, but there is no doubt that Churchill had a whole room full of premium cigars neatly arranged, and organized by size, wrapper, brand and age and always at his disposal. In his own words:

But consider! How can I tell that the soothing influence of tobacco upon my nervous system may not have enabled me to comport myself with calm and courtesy in some awkward personal encounter or negotiation, or carried me serenely through some critical hours of anxious waiting? How can I tell that my temper would have been as sweet or my companionship as agreeable if I had abjured from my youth the goddess Nicotine?