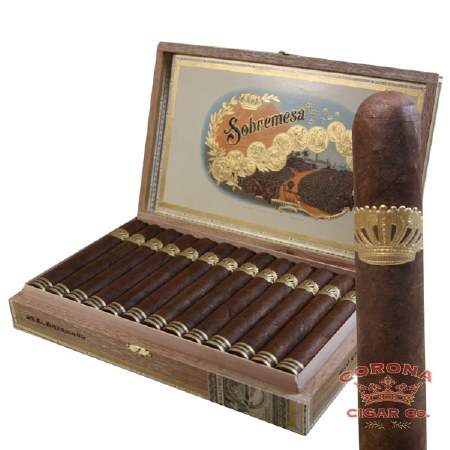 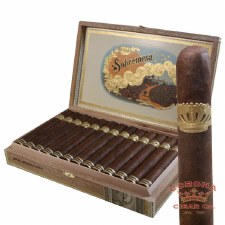 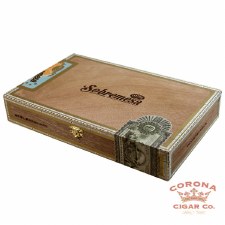 The cigar world is a-buzz with Sobremesa Cigars. Steve Saka's own, Dunbarton Tobacco & Trust introduces his first line in this limited production series. Sobremesa Cigars are made with a unique intricate blend of Nicaraguan tobaccos, and beautifully orchestrated, meticulously grown Pennsylvania Broadleaf Ligero. The wrapper leaf is a dark Rosado Ecuadorian Habano - selected to enhance the true tobacco sweetness of the blend. All is well thought out and part of the incredible taste of this collaboration of tobaccos. Medium to full-bodied and simply luscious on the palate this cigar is strong, but not harsh... notes of cedar, creamy coffee, and dark cocoa set off pleasantly sweet cherry... a cornucopia of wonderful flavor. Steve Saka created this cigar with the company's chief mindset: "Puro sin compromiso", meaning "a cigar without compromise" - taking all of the things he wanted his creation to entail without leaving anything out - it was a process that did not leave anything left to second best. Saka's experience and knowledge is what allows this cigar stand out from the ordinary. The experienced cigar enthusiast will appreciate the fine details in this beautiful smoke; a true beauty to behold!

Sobremesa, "over the table", has no precise English translation, perhaps because there is no cultural equivalent in the US. It is an idiom used among the Latin culture to describe the leisurely time spent tableside after you have finished dining, but before you rise. It is the experience of lingering casually with family and friends in conversation, relaxing, drinking, smoking, and enjoying each other’s company. Sobremesa is one of life’s simplest, yet greatest pleasures.

Sobremesa will be continuously crafted, however the pace of its production is being dictated by the tobaccos themselves and therefore will be limited in its availability via Select Purveyors for the foreseeable future.

5 of 5 people found this review useful:

Amazing cigar, excellent in;
construction, cold draw taste, consistent draw & burn, and superbly aged. tight burn line with solid light grey/white ash, fantastic smooth taste that somehow keeps getting better until the very nub. Never had to relight, nor touch up, holds an ember like nothing i've ever smoked. Worth trying and absolutely one of the best cigars I've smoked in my 25+ yrs. of cigar smoking. Give this a try and you'll be rewarded. Certainly box purchase worthy for laying up for special occasions. This Sobremesa 'Corona Grande' and the 'Elegante Cedro' and 'Elegantes Fino' are my three favorite cigars in this line.