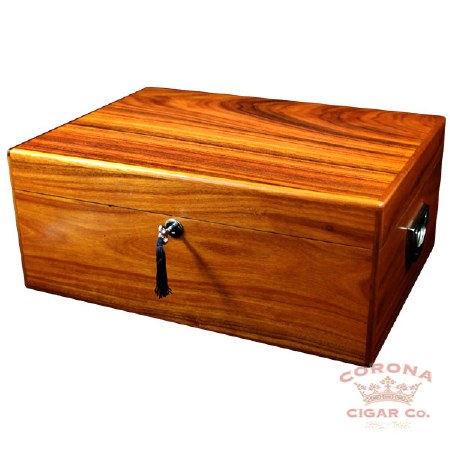 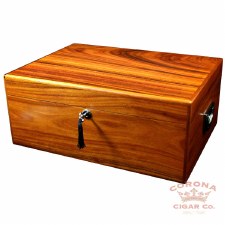 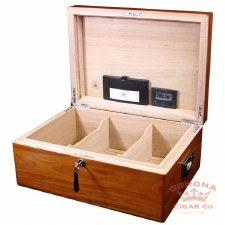 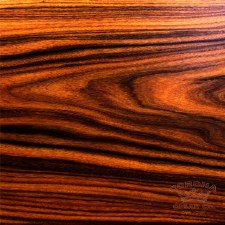 The Drake, features a lush Brazilian Rosewood design. Elegant wood grains of this exotic species are enhanced by the soft, supple appearance of the satin finish. Featuring silver handles (on the 160ct only) and both includes a custom lock and key. This humidor also features the new Diamond Crown Humidification System and new Digital Hygrometer with clean IMAS attatchments.

I bought this humidor and it is everything I hoped for. I was very detailed in my inspection of it after receiving it due to seeing a couple that had some defects earlier. The attention to detail is excellent. They use leather pieces in the dividers instead of glued on foam which is awesome. All the edges were perfectly aligned and there there was no warping of any kind between the cedar and outside finish. The box opens and closes flawlessly. The finish on the outside is perfect not a single flaw. I just had one issue. The reason I am giving 4 stars is because the instruction manual say to season using the sponge method and to wipe down the inside lid and box which I did very conservatively carefully. After opening the box about 15 minutes later the thin cedar piece that covers the metal plate on the lid began to bubble and separate from the metal piece behind. The bubbles went down when dried out but the cedar did not flatten back out completely as it originally was. This was totally avoidable by using a different method then what is in the instructions. Please use a Boveda pack when seasoning this box or don’t wipe down the inside lid. Besides that the only thing I noticed was the lock was lopsided by just a hair almost unnoticeable. I was VERY critical when inspecting this box and I am overall extremely pleased with and definitely recommend it.

I'd like to give the humidor a 5 star review, but can't. It is a beautiful humidor, my problem was the humidifier leaked. Received this Diamond Crown as a birthday gift and within 30 days discovered that the humidifier leaked. It ruined three of my cigars and stained the bottom of the humidor. Frank at Corona Cigar Co. told me it would be easier to send it back to Diamond Crown and got me in touch with J. C. Newman who offered to replace it after I shipped it to them. I had to pay for the shipping ($18) and I'm out the three cigars ($38) that were ruined. With this humidor being less than 30 days old, I'm really disappointed in both companies, it cost me an extra $54 to own this humidor.

1 of 2 people found this review useful:

My 'overflow' humidor is excellent!

3 of 4 people found this review useful:

What a beautiful humidor! It looks better than the photos depict.