The link between Scotch and tobacco is as old as, well, Scotch itself. No one knows exactly when or why these two started being enjoyed in each other’s company, but with a little ingenuity, Ted’s has fused the two. Winston Churchill famously said “My rule of life prescribed as an absolutely sacred rite smoking cigars and also drinking alcohol,” most notably Scotch Whisky. Plus, there's a lot to like about these cigars. Long leaf tobacco grown in the Dominican Republic from Cuban seed. Each cigar is hand made just like the Scotch, and aromatically flavored with The Glen’s Single Malt Scotch. Each cigar is sealed in a glass tube and capped to preserve the flavor. 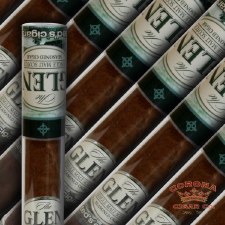 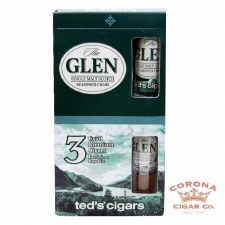 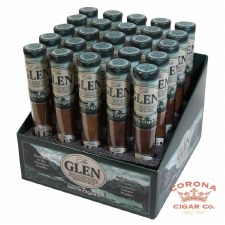