Enjoy the amazing new Constantine cigar, an exclusive collaboration between Corona Cigar Company and the Sigma Chi Foundation. The Limited Edition Constantine Toro sized cigar is handmade in Erik Espinosa’s famed La Zona factory in Esteli, Nicaragua. We asked Erik to create a mild to medium, full flavored, spicy sweet cigar that can be enjoyed by all. This exclusive blend features a blonde Ecuadorian shade wrapper and a blend of well aged Nicaraguan long filler tobaccos. As a Sigma Chi Alumni, Corona Cigar’s founder, Jeff Borysiewicz, wanted to give back to our next generation of future leaders. Proceeds from the sales of Constantine cigars will directly support undergraduate Sigma Chi brothers through academic scholarships and leadership programs funded by the Foundation.

The story behind 'Constantine': Constantine and his vision of the White Cross has long inspired the Sigma Chi Foundation, its supporters and the brotherhood to which they belong. He became sole ruler of the Roman Empire by 324 AD, where he enacted administrative, financial, social, & military reforms to strengthen the empire. He restructured the government and introduced a new gold coin that became the standard for byzantine and European currencies for more than a thousand years. 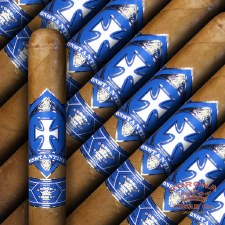 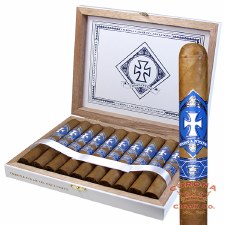