Zino Davidoff -- The Man Behind the Davidoff Cigar 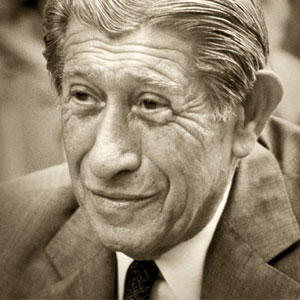 Tom Selleck and John Travolta have something besides their acting careers in common: They both love Davidoff Cigars.

Egypt's former king, Farouk, put his money where his cigar-loving heart was and bought 40,000 cigars in the 1950s.

If the Man Behind the Davidoff Cigar had followed his mother's wishes, there would be no premier cigar known as Davidoff.

She had envisioned her eldest child as a dentist.

From Russia -- without the love

Zino's father, a tobacco merchant, rushed his Jewish family out of Czarist Russia in 1911. They fled to Geneva, Switzerland, where Mr. Davidoff literally set up shop the following year. A tobacco shop, that is.

When his schooling ended, his father encouraged his son to visit South America to learn all he could about tobacco. Letters of introduction to friends there would open doors for him.

From South America – with love

Zino returned five years later. As the elder Davidoff had hoped, his son brought home a vast knowledge of tobacco.

Soon, Zino took over the shop. The business flourished.

Zino had learned that proper storage was paramount to maintaining cigars' superior quality. He found the perfect environment in the store's cellar.

He had just invented the world's first humidor.

In World War II, a French tobacco company approached the Swiss entrepreneur with a game-changing opportunity. Fearful that Nazis would confiscate their storehouse of two-million Cuban cigars, they asked if Zino would buy them.

That purchase propelled Zino into an enviable position as the only supplier, anywhere, of Cuban cigars. With the money he earned, he grew his business.

If everything-tobacco flowed through Zino's DNA – and it did -- so, too, had his father's standard for excellence. When quality of the Cuban cigars deteriorated, Zino ended that relationship and opened a factory in the Dominican Republic.

It was there that he introduced his exceptionally fine line of Davidoff cigars.

In 1967, Zino and a ghostwriter penned the definitive book, The Connoisseur's Book of the Cigar.

In 1970, he sold his company and remained its ambassador.

In mid-January 1994, Zino Davidoff passed away.

Very likely, neither Tom nor John had ever met Zino Davidoff. But must a Davidoff cigar-aficionado first know the legendary Zino in order to love his cigars?

Travolta grew up watching his father smoke inexpensive cigars. Those memories are among the New Jersey boy's fondest memories. Today, he can afford high-priced cigars. Davidoffs are one of three favorites.

Selleck, he of the dimpled cheeks and Magnum, P.I.-fame (what's he about to treat himself to at 2:07?), praises Davidoffs. "I know they're expensive, but Davidoff Special R's are just excellent… The Davidoffs are just made so well."

Only King Farouk had known Zino. He strolled into his shop one day in the '50s to place an order for double coronas. Word had reached Zino that the King might be a credit risk. Before the sale was consummated, the ever-astute businessman checked the King's credit. "It was my biggest sale ever," Zino later said.

Zino Davidoff believed that "We are brought together by a common bond - the cigar…. this solidarity which unites men of tobacco – growers, merchants, and devotees – in all countries." Choose from our robust selection of Davidoffs, and contact us.