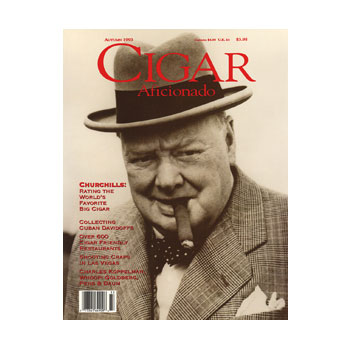 Twenty-three years ago writer Michael Frank opened his introduction to cigars–a piece he titled Learning Your ABCs: Cigars 101–with the following words:

A love affair with cigars is like most affairs of the heart. We swoon over the beauty and elegance, but we never really know what makes us love--and we don't want to. To overanalyze a cigar, or a mate, is to destroy the mystery. That's the analogy cigar gurus such as Ernesto Carrillo (maker of La Gloria Cubana and El Rico Habano) and Carlos Fuente Jr. (Arturo Fuente, among other brands) use when they reluctantly discuss the relationship between cigars and taste. Their disinclination to quantify their lifelong romance with the leaf is shared by most cigar aficionados. While we want to know what makes a cigar taste great, we don't want our pleasure reduced to a chemical analysis of smoke and tobacco. In essence, we want the romance to continue with each new cigar encounter.

When Frank wrote these words, the internet was fifteen years old. Alvin Toffler was getting interviewed by The Wire, predicting a future of unimaginable genetic engineering and outerspace tourism, while residents in Eastern Europe were a mere four years into making sense of capitalism.

Today, we carry the internet in our pockets and imagine and depend upon genetic engineering. A team of Silicon Valley billionaires now throw VC at Occupy Mars movements, and the Eastern Europeans are doing legos, cars, and tax cuts at the same time.

When Frank wrote these words, Wall Street was up three years in a row, credit default swaps were months from being invented, and Mexico's leaders had just created the "new peso" in a last ditch attempt to battle national inflation.

On this day, Wall Street is in recovery, swaps is a bad word even if you didn't go see The Big Short, and Mexicans with pesos are converting those pesos to dollars held in Spanish-owned, Mexico-based banks.

When Michael Frank wrote the words quoted above, Harvard tuition was 23,514 USD. The Branch Davidians happened that year, landing Waco, Texas in the national news for an entire week, and the World Wide Web was born at CERN.

The cost of one year of attendance at Harvard is 88,600 USD next year. Twenty-something year olds are mostly Nihilists in 2016, the only recent cults to make national news are the "cult of hockey" and the "cult of the celebrity," and the www's are gone from our web addresses. Everybody now talks about an Internet of Things.

There were earthquakes in Japan and India–big ones–in 1993, and there was a tragic ferry crash in Haiti, a tragic oil tanker crash in the Shetland Islands... Ty Warner released the first Beanie Babies that year, and the Billboard top 15 singles included rap, R&B, and an Elvis Presley remake.

Times were different then. Though they were also not different then. Which is why this post exists. We still swoon for our cigars. We resist overanalyzing them and compare them to our lovers. We aspire to understand our smokes without ever really meaning to understand them, and in the words of Michael Frank in 1993, "we want the romance to continue with each new cigar encounter."

Want to talk cigars, past or present?

You can contact Corona Cigar Co. for any questions or if you want to order that cigar that you love.