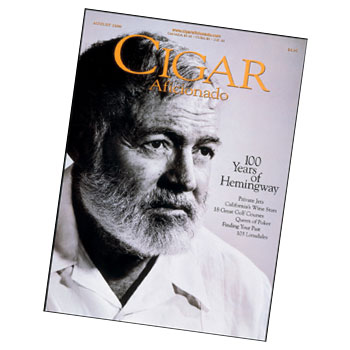 History is full of great men doing great things. Sometimes when a man does a thing so well his name becomes synonymous with that thing. Everyone knows Muhammad Ali and Mike Tyson where great boxers and that Stephen King is a bestselling author. Here are three men whose names are forever idolized in cigar smoking lore.

Contact us for more about our products and to find out what cigar is best for you.