Growth in the Number of Female Cigar Smokers

Cigar smoking has always been considered a manly recreation. Great alpha males of past and present, ranging from Rush Limbaugh to Bill Clinton, not to mention John F. Kennedy and Winston Churchill, are all known to have enjoyed a good cigar to take the edge off of the burdens of greatness. But there are a number of famous women who have also enjoyed cigars. 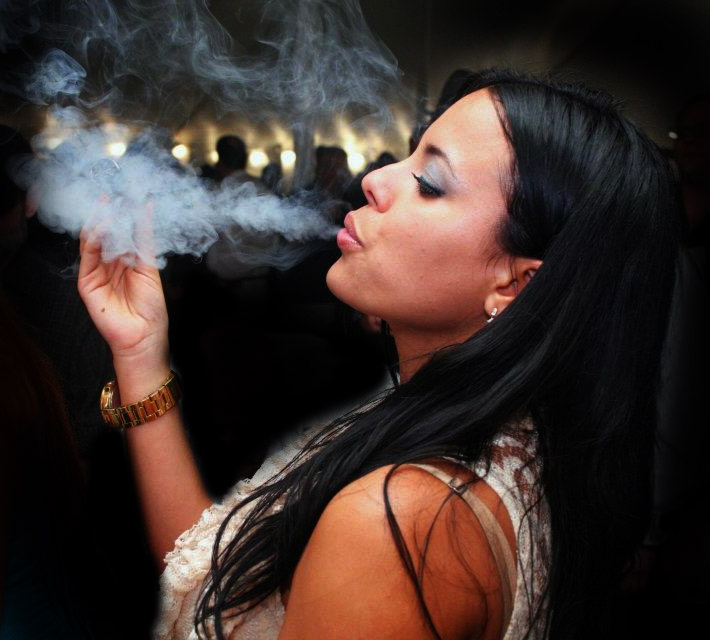 George Sand, the 19th Century French writer who scandalized Paris for decades by dressing as a man, also enjoyed cigars on social occasions. Marlene Dietrich also smoked cigars, most famously on screen as a mysterious gypsy in the film “A Touch of Evil” that also starred Charlton Heston and Orson Welles.

More recently a number of women celebrities have taken up cigars. Actress, comedian, and social commentator Whoopi Goldberg is known to enjoy a good Cohiba from time to time, though she tends toward smaller cigars. Jennifer Lopez also likes a fine cigar, as do Sharon Stone, Demi Moore, Salma Hayek, Heidi Klum, and Carman Electra.

The Washington Times reports that roughly two percent of American women smoke cigars, as opposed to nine percent of men. That represents explosive growth in the female cigar smoker market from the 1980s when it was estimated that women made up just one-tenth of one percent of the total U.S. cigar market.

Why the growth of the number of female cigar smokers? Some suggests that the sight of an attractive woman with a cigar between her fingers is oddly sexy; Dietrich certainly proved that. But it is also empowering. Cigar smoking represents power and dominance, which may make it attractive for women who view it as an identity enhancement as much as they do a recreation.