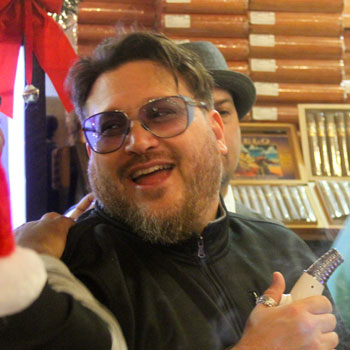 Jonathan Drew, co-founder of Drew Estate Cigars, is returning to the company in an executive capacity. He has been named the new president of the company he founded in 1996 with his partner Marvin Samel. He will oversee all brands under the label including the award-winning Herrera Esteli, Liga Privada and the Norteño.

Drew has been on the road appearing as the face of the company since it was acquired by Swisher International in 2014. He goes to major cigar events and interacts with smokers informing them of the brands various cigars and new developments.

Now, however, he’ll be spending the majority of his time at the company’s headquarters, La Gran Fabrica Drew Estate, a 174,000-square-foot factory in Esteli, Nicaragua. The hope is that he will once again fuel the artistic fires with the creative energy he is so well-known for. The company has lost some of the core values it began with and Drew has spoken publicly to say he plans to recapture all the company was founded on.

Since his departure from the upper echelon of the company he has created the John Drew Brands spirit collection.  Just like his cigars, the spirits are a unique blend of his own creations, including one that blends bourbon and rum in one bottle, the Brixton Mash Destroyer.

Contact us today for any help you may need purchasing the perfect Drew Estate cigar for you.