Check Out Montecristo Cigars for a Premium Smoke with a Proud History - Corona Cigar Co. 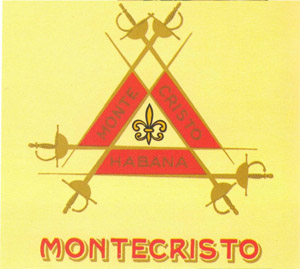 They have a long and proud history. The name stems from a popular nineteenth-century novel, The Count of Monte Cristo, which was a favorite among the original hand-rollers in the original firm. (It was traditional to read to the people who hand-rolled the cigars as they worked.) It was named to honor them. (We’d also point out that the novel was popular enough that it was made into a movie as recently as 2002. Maybe rent and watch while you puff.)

Among the list of cigars, there’s the Montecristo Classic, a collection of mild to medium body cigars. They are smooth and creamy: a subtle spice with a woody undertone. This is a cigar for the ages. Montecristo Platinum Cigars are an extremely popular line extension, made with a San Andres Habana 2000 wrapper and an equally balanced blend of well aged Dominican, Nicaraguan, and Peruvian tobacco.

If you like a more full bodied cigar, try the Monte. Compared to others of the brand, the Monte has a bolder and more complex smoke. It is made with a double binder of Dominican Olor and Nicaraguan Corojo. The result is a stronger tasting cigar. A premium blend of Dominican fillers is covered with an Ecuadorian Habano wrapper that sits majestically atop this finely crafted cigar.

Contact Corona Cigar Co. to get your own Montecristo Cigar today!