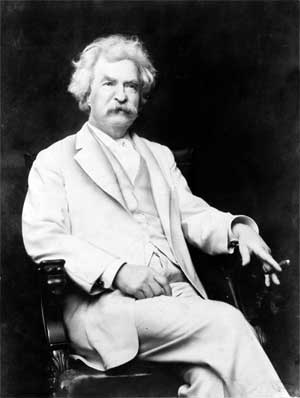 It’s no secret that famed author, Mark Twain loved a good cigar as much as the next once-starving writer. He broadcasted his love for the broadleaf in both actions and words. Good examples of that may be found in his 70th birthday speech and the paper that he wrote titled, Concerning Tobacco. Heck, even the man’s death notice made mention of his longstanding love affair with a wide variety of cigars. It revealed that he had a history of smoking at least 20 of them a day and was also accustom to enjoying a daily helping of pipe tobacco. So we can only assume that he was biased towards purchasing cigar bundles and boxes. After all, it would have been one of the more economical options for a man who knew the importance of being frugal.

Mark Twain’s frugal nature can undoubtedly be traced back to his youth in Missouri and Mississippi. He was born in the mid 1800s to a family of little means and later in life, had financial troubles of his own. But that didn’t dissuade him from continuing to puff on his favorite cigars. By his own unabashed accounts, he loved cheap cigars over the expensive kind and had no problems trying as many brands as his meager budget would allow. However, he did express a public dislike for cigars from Havana.

Some of the countries whose cigars he claimed to adore were Italy, France, Germany and Switzerland. And of course he was partial to those made in America too. This was especially the case with ones manufactured in places where he was known to hang his hat, like Mississippi, New York, Pennsylvania and New England. He smoked them, and those obtained during his travels, right up until his death in April 1910. Many say that he tried to quit before that, for his family, but just couldn’t bear to live without his favorite cigars. To find cigar bundles that you wouldn’t want to live without either, please contact us at the Corona Cigar Company today.